Q&A With a Second Chance Citizen 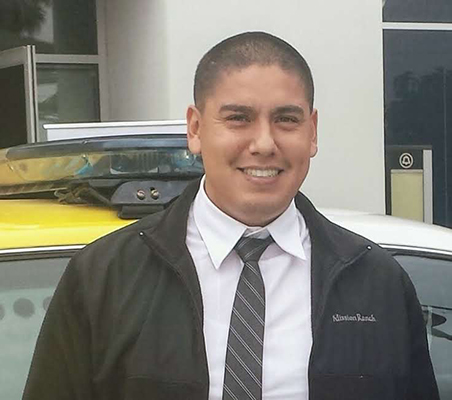 Carlos Cervantes was incarcerated at the age of 16, facing a sentence of 35 years to life. While in prison, he took steps to put his life on a more positive path, and became one of the first inmates to graduate from the Palo Verde Community College program at Ironwood State Prison, with an Associate of Arts degree. He was released from prison in 2011, and now works with the Anti-Recidivism Coalition as a Mentorship and Ride Home Coordinator. His story was featured in The New York Times, in a short documentary called A Ride Home From Prison. We asked him about recidivism in the United States and how the stories in Beyond The Wall resonated with his own experience as a returning citizen.

Q: What are some of the barriers that individuals face when returning to the community after incarceration? How might this affect the success of their transition back into society?

Carlos: Realistic plans. I have seen many people think that things are going to land in their hands and they will be able to move forward smoothly. People need at least three months to figure out what they want to do. Some folks are all over the place and when these goals are not met they are then discouraged in different aspects of life. They start losing self-esteem and confidence; they start getting discouraged; they start battling with those around them, family and friends, because they haven’t been able to get a job, be in a good relationship, adapt one step at a time back into society.

Q: What actions can be taken to lower recidivism rates here in the United States?

Carlos: First of all, the individual has to want to change, Then, there are programs inside that can help educate individuals: self-help groups like N.A. or A.A., parenting classes, Toastmasters, or higher education, GED, college, trades, feasible skills that can be applied out here. Finally, we have to embrace support groups and organizations that help these individuals transition. Many times we will find out that there are some that only need a push and they will be on their way, but we have to distinguish who that person may be. Educating families, friends, people that are going to be around them because they won’t be able to understand them, at all, the first few days that they are out. The way people getting out talk and walk are different than those out here.

Q: What are the Anti-Recidivism Coalition and other groups doing to assist returning citizens?

Carlos: In California, we have many efforts to change policy and advocate for better sentencing laws. These are the things that give those doing time hope for things to change. We try to collaborate as much as possible with organizations that are doing the same work. I am involved with folks that are fresh out on a daily basis. I actually go and pick folks up from prison as they are released. What I have determined and I can’t express this enough: there are some that will make it, some that will continue to struggle in both old and new ways, and some that are not going to make it.

On characters in the film Beyond The Wall

Q: Why are places like Billy’s Barbershop so essential to a successful transition after incarceration?

Carlos: With Billy, you have an individual that has had the experience of being incarcerated before. You have a location that people can stop by for emotional, mental, and practical support. Billy has had a successful transition – started a business, using his location as a resource center for folks to come in and find useful information, people are allowed to talk about the good and bad of reentering society without judgement, and it is different than an agency. Folks can find a place like Billy’s useful to share when they are not doing so well. They have the trust and confidence that Billy won’t judge them because they have already been through the same steps in life. This place allows them to rectify their bad behavior, get through the obstacles and hurdles and refocus on life.

Q: Why is it important for returning citizens to have a mentor like Louie Diaz?

Carlos: For people that were incarcerated you need a constant wake-up call, reality check, motivator, someone that will walk through the process with you no matter what while holding you accountable, responsible and to your standards.

Carlos: I have been traveling throughout the U.S. and have been to prisons in 25 states. This country is prepared to incarcerate as many people as they possibly can and if they don’t have the space they will build it. As useful as we are to do this exact thing, why are we not preparing folks to get out, why is this “handbook” not given on the way out of prison? Prisons are a for-profit business. We don’t have programs in prison so people can actually start a changing process. We don’t have education, trade programs for people to change their mentalities as they educate themselves. We haven’t stopped narcotics, alcohol, from being inside our systems so people don’t continue to live the same life as they did in the streets. We don’t have better transitional programs in society for folks to return to, no support, no jobs, no opportunities. We don’t have that handbook.

Your ticket for the: Q&A With a Second Chance Citizen

Q&A With a Second Chance Citizen